On August 3, 2017, the US Department of Labor (DOL) issued proposed changes to Form ETA 9035, also known as the Labor Condition Application (LCA). The proposal came in response to President Trump’s April 18, 2017 executive order entitled “Buy American, Hire American.” The proposed changes are aimed at H-1B and E-3 employers, requiring them to provide even more detailed information regarding the placement and qualification of their H-1B and E-3 employees.

Here were the three major changes to the LCA proposed by the DOL:

Once the proposed changes were issued, a 60-day period of public comment was opened for concerned citizens to opine. Comments were made by immigration attorneys, professors and others, and varied in their level of detail. Some comments were praising the proposed changes while others were critical. Some provided specific suggested revisions while others simply made sweeping statements. The DOL then issued a revision based on the comments.

What impressed me most, however, was the level of detail the DOL put in their response to these public comments. So much so that I decided to read through the comments and the DOL’s analyses, and pull out what I thought were some of the biggest changes the DOL made in response.

One of the DOL’s major proposed LCA changes deals with listing not just known work locations but also work locations that an employer should “reasonably expect that it will place workers at...based on: (1) an [existing] contract with a secondary employer or client, (2) past business experience, or (3) future business plans.”

Commenters noted that this would extend the amount of disclosure employers must make with respect to where they will place H-1B workers, but the DOL insisted that “the revisions reiterate the requirement at 20 CFR 655.730(c)(5) that at the time of filing, employers must identify all intended places of employment.”

The DOL went on and noted, “although it may be true that listing a single worksite address on the LCA while planning to send workers to multiple worksites was not uncommon, failing to identify any intended worksites on the LCA violates the regulations and exposes employers to potential liability in an enforcement proceeding.” The Department felt, therefore, that its revisions were “necessary to clarify employers’ obligations under the regulations and ensure compliance.”

In other words, the DOL felt that this proposed LCA change was less of a change and more of a clarification of already existing requirements. Still, this would mean that LCA preparers, including immigration lawyers, HR professionals and would need to start listing many more addresses than they do today.

This proposed change garnered a host of comments, but one actually stuck with the DOL and got them to update their proposal. Specifically, the commenter suggested that “the Department creates space for up to 10 worksites on the LCA.”

The DOL evaluated this request and actually agreed with the commenter that “increasing the number of worksites that may be entered on one LCA streamlines and simplifies the application process and reduces employer burden,” ultimately allowing ten worksites on a single LCA.

And while this may seem like a small win, to me this meant two key things: (1) the DOL actually reads, listens to and considers public comments, and (2) they actually value process improvement and streamlining.

The other lesson-learned was this: make succinct and actionable suggestions. Ten was concrete, doable, and easy for the DOL to agree to, so they did.

The DOL’s second major proposed LCA change instructed employers to note on the LCA when a worker would be placed with a “secondary employer” as the DOL called it, and then provide the legal business name of that “secondary employer.”

Some commenters took issue with this. First, commenters expressed worry that disclosing where employers place their H-1B or E-3 workers would actually jeopardize their consulting contracts. The DOL rejected this argument with some strong language, stating that “the H-1B visa program is voluntary and employers may choose whether to participate. Employers with concerns about disclosing the names of secondary entities may decide not to participate in the program.”

Other commenters claimed that the DOL doesn’t have authority to collect the names of third party worksite employers, but the Department quickly rejected that claim too.

Where the DOL did concede, however, was in their use of the word “employer.” Specifically, a few discerning commenters noted that “the presence of an H-1B worker on another employer’s premises does not mean that an employment relationship exists between the worker and the other employer.” Surprisingly (to me, at least), the DOL saw into this technicality and actually agreed.

The DOL responded by stating that it “agrees that the placement of H-1B workers at worksites of other entities may or may not create employment relationships between the workers and those entities…Therefore, when referring to worksites of entities other than LCA applicants, at which those applicants intend to place H-1B workers during the period of certification, the Department will use the term ‘secondary entity.’”

I was particularly impressed with this because the use of the word "employer" could conceivably lead to litigation over semantics, a potentially poor use of lawyer time when more pressing immigration issues are at hand. Some forethought and more precise use of language actually worked in this case!

These employers may, however, be exempt from making additional attestations if the H-1B worker in question either receives a $60,000 annual wage or received a master’s or higher degree (or its equivalent) in a specialty related to the job.

The DOL clarified that it would “limit the collection of Appendix A to those particular H-1B dependent and/or willful violator employers claiming an exemption for an H-1B nonimmigrant worker solely on the basis of that worker’s Master’s or higher degree, and the Department will not collect Appendix A where both exemptions might be claimed for that H-1B nonimmigrant worker” (emphasis mine).

This was particularly important since requiring Appendix A for workers that also received $60,000 a year or more would end up forcing, according to the DOL, 50,000 LCAs a year to include Appendix A. When they took out that potion of the requirement and reran their analysis, they concluded that an estimated “11,337 LCAs… would require the collection of Appendix A.” Far less burdensome on employers and less busy work for the DOL.

As the CEO and Co-Founder of LaborLess, an electronic LCA posting and Public Access File (PAF) management software, this last part made me endlessly happy. I left my career as an immigration attorney to pursue building a tool that would help other attorneys and immigration professionals save on time and effort when it came to LCA processes. So to see the DOL even speaking the same language was music to my ears.

Interestingly, and refreshingly, the Department went on to state that “since this is a newly proposed collection for which an estimate is provided, the Department is amenable to additional feedback on the burden for this collection on H-1B dependent/willful violator employers claiming the exemption from H-1B program requirements solely on the basis of the worker’s attainment of a Master’s or higher degree.” This felt particularly promising from the perspective of the federal government’s attempt to work with constituents, decrease bureaucratic busy work and aim for efficiency.

While we have yet to see what will come of these proposed LCA changes, the fact still stands that the DOL is continuing to focus in on immigration compliance and employer transparency, and looking more and more into the LCA process. LCA regulations have been vague and somewhat outdated, and employers overwhelmingly continue to comply by printing hard copy notices, posting them in pantries, and storing them in ever-expanding file cabinets.

At LaborLess, we’ve moved that process into the 21st century by digitizing LCA posting, automating PAF creation, and leveraging cloud storage to help H-1B employers and attorneys free up their time, declutter their space and save money along the way.

What are your thoughts on the proposed LCA changes and DOL's responses? Do you think they’ll benefit the H-1B employers in the long run? Hurt them? Comment below! 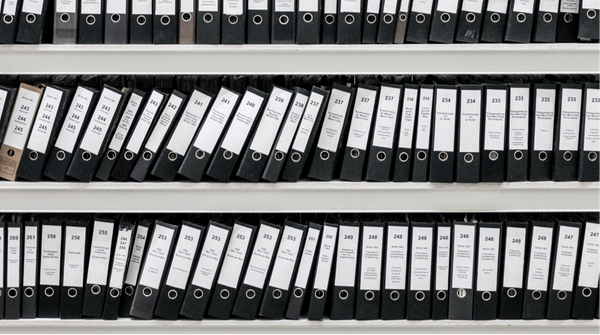 It’s 2018. We’ve got on-demand taxis, drone delivery services and even an “Iron Man” suit that lets you fly. And many of the companies that make these incredible 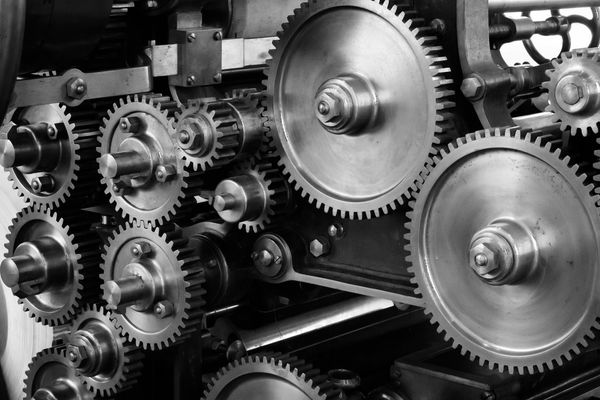 “Cap season,” the H-1B visa equivalent of “tax season,” is anything but fun for immigration attorneys and in-house immigration specialists across the U.S. We do all we can to