I was speaking with a sales manager at another immigration tech startup recently, sharing some of my sales theories and tactics. I went into detail around a simple yet paradoxical realization I had that has shaped the way I approach sales prospects, and the person I was speaking to, while nodding his head, quickly grabbed a pen, scrambled for a notepad, and started jotting down notes. We were on video chat, so I could him doing it.

It was a fleeting moment, but an important thought flashed before my eyes: I’ve been at this for over three years, pitching LaborLess to immigration lawyers, paralegals, in-house immigration specialists and more, and I’ve actually learned something along the way that’s helpful to others.

The startup I was talking to isn’t a direct competitor, so I was willing to share what I’ve learned rather than keep it all to myself. But even if they were a competitor, immigration tech (ImmiTech) is a booming industry, and my philosophy is that we’re better off trying to grow together rather than keep secrets and thereby hold the entire industry back.

So here was the simple, but paradoxical realization I had that caused my ImmiTech peer to scramble for pen and paper.

(And please note - I’m probably not the first person to have thought of this, but I also hadn’t come across it in any of the startup, sales, growth, etc. books and blogs I’ve read over the years, so to me it felt like a novel thought. In any case, I wanted to start a conversation.)

In other words, taking a prospect from “zero” to “one," to borrow from Peter Thiel, was substantially more challenging than taking them from, say, one to two. To me, this was both confusing and yet incredibly obvious, especially in hindsight. Here’s a breakdown of my thoughts.

Most B2B SaaS is, at the end of the day, some form of automation. Whether it’s a CRM platform that automates your rolodex, a healthcare app that automates clinical paperwork, or any number of other solutions that support one industry or another. Given the notion that B2B SaaS is built on automation, it follows that prospective clients that are are still totally manual would reap the greatest marginal benefit from automating with some kind of SaaS solution… right?

In my case, prospective clients comply with H-1B visa regulations by printing out what’s called a Labor Condition Application (LCA), taping it up in their office pantry to provide notice, keeping it there for 10 days, jotting those dates down somewhere, and then storing that form in a manila folder with a few other documents (called a Public Access File) for three years in the office. It’s an insane amount of paperwork and a massive logistical headache. And there are countless industries that have manual processes much like this.

So LaborLess, the startup I founded, automates that entire process - it allows employers to “post” this LCA on a digital bulletin, compiles and stores all the other documents digitally in a cloud-based folder, and otherwise relieves employers of having to deal with paperwork. And again, whatever SaaS market you’re in, you probably provide that same type of value - helping your clients get away from manual processes that are slow and error-prone.

But this was where the paradox came to light.

I had a much harder time pitching to prospective clients who had totally manual processes and who would objectively benefit the most from using my software.

At the same time I had a much easier time pitching to prospective clients who were already automating to some degree and would, objectively, benefit marginally less from using my software. I’d have to sell them on abandoning their current process in favor of mine, but it turned out that that wasn’t that big of an issue.

I was really frustrated by this. How could the companies that have fully manual processes not see the massive benefits of automation? I started to think my sales pitch was all wrong, or that I had grossly overestimated the need for what I had built, starting to doubt the entire idea. Indeed, as a startup founder, self-doubt is always on deck as the default justification for when things don’t go as planned.

Over time, however, I learned that it wasn’t me, it was outdated company culture.

I came to realize that my pitch was just fine and my product was actually pretty awesome. Rather, it was the companies at level “zero,” the ones that had fully manual process, that were culturally just not ready to automate, despite the objective benefits of doing so. Excuses ranged from “our lawyers see too much inherent risk” (read: the lawyers are holding onto their jobs by rejecting all forms of automation) to simply “we’re happy with our manual processes” (read: we don’t want to deal with institutional red tape despite, deep down, seeing the value of automation). Frustrating, yes. Understandable? Also yes.

On the flip side, companies that were at a “one,” who already had some kind of in-house process built, even if it was just an excel macro, were the most excited about LaborLess, and ImmiTech more generally. Sure they’d have to potentially abandon a current process, but their reasoning was always something like “anything we can automate, we’ll at least consider.”

So to bring it back to the conversation I was having with my fellow ImmiTech sales manager, my advice to him was to look at the prospect’s company culture and where they are tech-wise. If they’re huge and stand to gain a lot by automating, but are generally technologically behind, it’ll be a hard sell despite the obvious benefits. Instead, I suggested, focus on more tech-savvy prospects, even if the sell seems marginally less attractive. That’s because they’re always looking to be better, are more likely to see value in new, cutting-edge tools, and therefore will pay for that marginal efficiency gain.

Of course the hope is that those prospects that are slower to adapt will eventually catch up. Or, they’ll be overtaken by their more tech savvy competitors.

Have you experienced this in your field? I’d love to start a conversation around this. 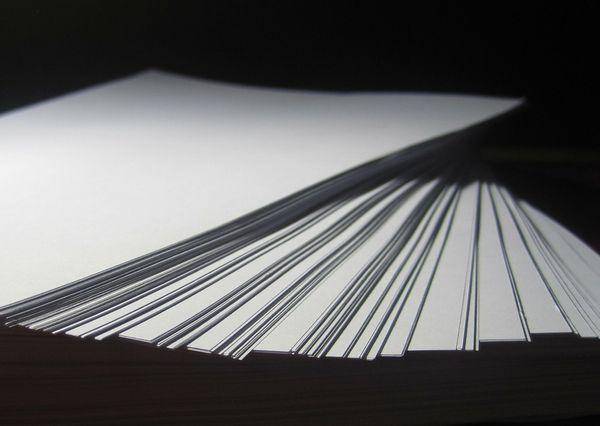 On Friday, March 15, 2019, the U.S. Department of Labor published a memo about Labor Condition Application (LCA) posting. The memo isn’t very long, but for employers who

In the past four years, there has been more growth, investment and exits in the immigration tech space than in the 20 before that. Yet there is very little coverage